Aglow with the promise of her budding friendship with third-party presidential candidate (and closet vampire) Neil Cameron, Ari Montero returns to school frustrated, like most teenagers, that she’s just not old enough—darn it!—to be accepted in grown-up circles. But Ari isn’t like most teenagers. Half human, half vampire, she is destined to remain at the same tender age at which she crossed over. Her desire to achieve instant adulthood leads her to the Miami clinic run by a vampire notorious for his delusions of world domination. There she is injected with a serum that instantly takes her from 15 to 22. But just as Cameron is about to clinch the presidential nomination, Ari’s true age is mysteriously leaked to the press and the ensuing scandal sends Cameron’s campaign crashing in flames—just like the jet carrying Ari to Ireland to visit her parents. Artfully handling the conundrum of age versus maturity, Hubbard continues to provide substance as well as thrills in her thought-provoking series.

—Florida Weekly
“The Season of Risks puts its own twist on the familiar tales. . . . entertaining and thought-provoking.” 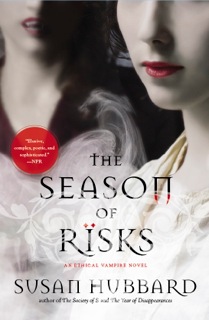 Fourteen-year-old Ariella Ari Montero, who’s half human and half vampire, wants to know why bees are vanishing as well as humans in Hubbard’s smooth supernatural thriller, the sequel to The Society of S (2007). Ari has moved to Homosassa Springs, Fla., hoping for happiness with her reunited parents, but after a hurricane hits and a fire almost kills Ari and her scientist dad, he leaves. Ari is further upset when a new friend, Mysty, disappears. The precocious Ari enrolls in college, dates and gets a crush on a visiting (vampire?!) politician, but is horrified when Autumn, another new friend, is murdered. After Ari’s father returns and becomes ill, she and her mom wind up fighting for her dad’s survival. The ending promises greater challenges ahead. Hubbard’s intriguing tale poses a tantalizing question: will humans or vampires ultimately inherit Earth?

“Wonderful and suspenseful.” — Charlaine Harris, author of All Together Dead

“With a delicate touch, the talented Hubbard manages to merge environmental concerns with a murder mystery, a coming of age tale with a literary vampire twist.” — Tammar Stein, St. Petersburg Times 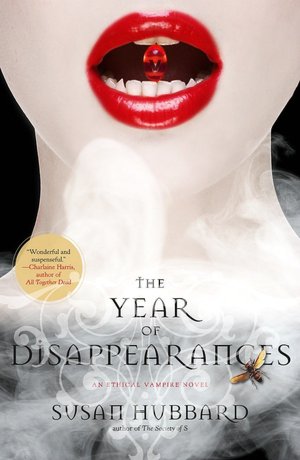 Linda Walters, Director of the UCF Center for Success of Women Faculty
Linda.Walters@ucf.edu